Trying Not To Be Sad, But I Just Can’t Help It (Anonymous)

I was 21 when I found out I
was pregnant. The father & I had only been serious for about 6 months at the time, but he being 6 years older than me was ready to settle down & took the news better than I did. I never had a perfect body by any means, I am 5’4″ and fluctuated between 125-145 ever since I was 15 years old. I was just like any other girl my age and hated my body. Now looking back, I would pay any amount of money to have it again. I was a 36C and thought my boobs were saggy. Haha!! I clearly did not know the meaning. When I first found out I thought since I was so young I would gain the minimum amount of weight and I’d bounce right back to prepregnancy size.

Boy was I wrong!

On 11/18/2010 I went to my weekly check up (I was 38 weeks pregnant) Everything went just like any of the other appointments I had had. I was weighed, and at this point had gained exactly 40lbs. (putting me at 174) I got my cervix checked for dilation & was still 2cm which I had been for the past month. They asked me the normal questions… ‘have you felt the baby move today?’ and not really thinking anything of it I replied ‘no not yet today, she generally sleeps until about 4pm’ well, the doctor did not like the sounds of that. He sent me right over to the hospital where I was hooked up to all the monitors. They explained to me that I could choose to be induced but since my body technically wasn’t ready to give birth yet and given the size of the baby (according to my ultrasounds she was already about 9lbs) that there would be an 80% chance I would end up needing an emergency c-section. So I chose to just go ahead with the cesarean. At 11:47 that evening Kenleigh Madison was born at 8lbs9oz & 20 1/2 inches long. She was the most beautiful thing I had ever laid my eyes on.

The recovery from the surgery really wasn’t as bad as I anticipated. I was up and walking 12 hours later and only ended up staying in the hospital for a total of 2 days.

Now I’m stuck staring in the mirror at this, for lack of a better word, this mess.

All the extra weight just sits around my mid section, my love handles, my ponch. Looking at myself truly grosses me out. I can’t fit into any of my clothes and it’s so frustrating because it’s literally just the one area. My legs and arms and face all shrunk back immediately. And the stretch marks under my belly button are so awful & painful the sight of them brings tears to my eyes. Even my belly button is twice it’s normal size! I wish I had at least tried to give birth vaginally, because I fear I will never be able to lose the baggage due to damage that has been done to my abdominal muscles. The scar itself doesn’t bother me, it’s low enough that it’s easily hidden. But everything else about my stomach is a nightmare. & my boobs!! I’m 22 and now have the breasts of a 40 year old. I just fear that my boyfriend will lose interest. If not because of my body, than because of my lack of confidence. And I just can’t help it. We’ve talked about marriage before & during my pregnancy and I’m afraid that now that he sees what my body looks like that he will think twice and not propose.

The pictures I’ve included are:
1)my body prepregnancy
2) about 9 months pregnant
3) the 1st time I held my beautiful baby girl
4) Kenleigh a day old
5&6) my body 4weeks PP
7) my scar 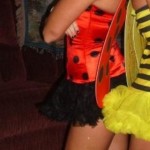 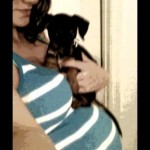 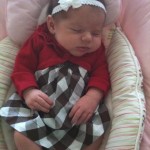 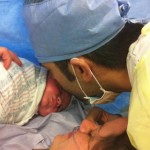 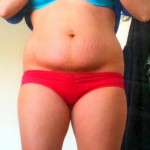 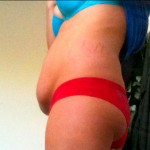 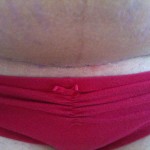