I have always struggled with my weight. I’ve been on diets, exercise regimes, and even pills. When I was 17, I was so disgusted with my weight that I turned to anorexia. I refused to eat. By the time I was 18, I lost 100lbs. I felt good, even though I went about losing the weight in a very unhealthy manner. I met my now-husband the end of 2002. We fell in love quickly and for once…my weight didn’t matter. I kept my weight even during that time and then found out I was pregnant with my son January of 2004.

I didn’t realize his pregnancy would change my body image.

I had a relatively easy pregnancy with him. Mild heartburn, some swelling…by the end of the pregnancy….I had gained 100lbs. The weight that I lost, was now back.

I had to have an emergency C-Section with him, which ruined my chances of being able to use my lower abs to their full potential, during weight loss. I had a hard time even ab-curling 10lbs…

The extra weight triggered PCOS, which means Polycystic Ovarian Syndrome. I have the multiple cysts on my ovaries, the weight gain, the difficulty losing weight, lower progesterone, higher testosterone…

In 2006, I got pregnant for the 2nd time. We were happy. Unfortunately, I miscarried at 12 weeks. The baby died at 8 weeks. After talking with my OB/GYN, the PCOS could have caused the miscarriage.

I didn’t get my PCOS diagnosed officially until April of 2009.

They never wanted to see why my body wasn’t wanting to bounce back. They never investigated my lack of period…

I met my new OB and he changed my life. He diagnosed me, he helped me conceive my daughter…

My pregnancy with my daughter was ROUGH, to say the least. I was constantly sick, lost a lot of weight in the beginning.

I’m 3 months PP, and I love my mommy-body. I have lost almost 40lbs since the week before I gave birth. I would love to get healthier, but this body is something I have to live with forever. It’s not going to magically go away on it’s own and it’s not going to become super-model worthy.

My body is super-mom worthy. 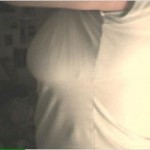 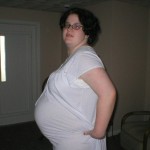 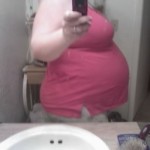 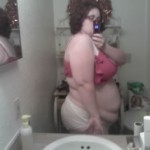 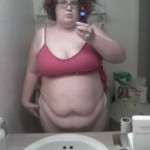 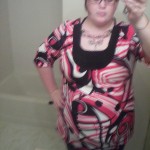 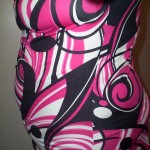