It was January 2012 and I was ready, this was my year. New boyfriend who i absolutely adored, 18 this year! finally finishing year 12,the ball, leavers and a holiday to Bali, what more could go wrong…?

I was defiantly in love with Scott the first time we meet he managed to crash a car with me in it and we some how survived it rolled into a tree and yet I still stand here today so we both knew for a fact we were meant to be, surviving something like that!

Before I met Scott I had a few boyfriends but nothing serious, he was the one I would choose to give my virginity. Time went on and we grew so ever close and before you knew it we were as close as you could be. On January the 15th I received a somewhat horrifying facebook message that one of my best friends had committed suicide, I didn’t know what to do or how to feel or how I would cope without the girl who had kept me strong through all my problems. Yet did I know I hadn’t been through anything yet.
One night Scott took me to the most loveliest restaurant In perth it is rotating and you sit and eat a meal.I started to feel very queezy during my dinner, I hadn’t got my period yet I was little worried as I was a couple of days late and was always on time so decided to take one tomorrow morning. A pregnancy test.

I locked my self in the bathroom, and waited one line and then it seemed a second one was showing… I smacked myself in the head a couple of times to make sure I wasn’t dreaming…

“Scott” I screamed in a horrified voice and he knew straight away I ran out the door and down to the park he came running after me ” where’s a tree i can’t do this I need to be with Kim” he calmed me down and drove me to the beach. After talking and thinking we decided this was it, we made this mess and now we have to clean it up and do what is right. Once our parents knew they were furious, Scott mum having her first and 19 was devastated because she never ever wanted her kids to go through what she had too, my mum was just speechless.

I decided I would do this the hardest way possible because I deserved to be punished for what an idiot I had been.
I was going to walk around school until I was 8.5 months pregnant and graduate.

Everyday was a struggle I tell you that, having over 1000 kids staring at you all day and having no friends, it was hard all my friends didn’t want to know me and if they did it was to get gossip out of me. I was alone. But it was my fault because I pushed everyone away. I had a terrible pregnancy I gained over 30kg and vomited all day everyday. But school was good for me it made the pregnancy go fast and I was glad I accomplished it. At 38 weeks they wanted to induce me because they said baby was too big, I ended up leaving the next morning because bubs just wasn’t budging and I had been pushed too far she was even near my cervix!
But after being a week late a c section would be the answer,

At 8.49am on the 30th of October 2012 my precious bubby lily Kate Cornell entered the world a whopping 9.11p!! She was gorgeous, she was perfect and it had all been worth it.

About a month later it was time to graduate,
I walked up the stage with lily in my arms, grabbed my certificate and the applause and cheering nearly broke my heart, there were so many people out there who were proud of me, it felt amazing. I had done my job. It was time to be a mum.
The past year of my life is been nothing what I thought it would be, I am a changed person and i believe I am a fabulous mum because I will do anything and everything for lily I will give her my last cent.

I believe in taking what life throws at you and making the absolute best of it because if you can’t enjoy life what is the point,
Today I wake up to a gorgeous daughter and my wonderful boyfriend,

Honestly I can’t believe it, but hey what’s the fun in a predictable life???
K xoxo 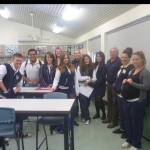 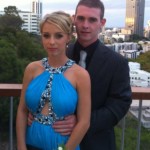 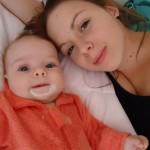 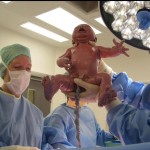 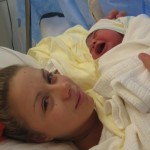 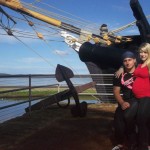 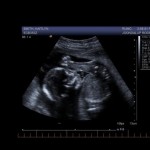 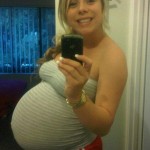 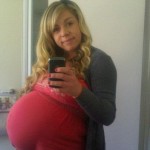 Previous post: Upset With My Postpartum Body 10 Months In (Sara)