In 2008, at 20 years old, I gave birth to my oldest, Eddie, and I became a mom via emergency c-section. After 38 hours of labor my firstborn got stuck while I was pushing, we were rushed into emergency surgery and he made his entrance five days after his due date at 4:03 am, 7 pounds, 14 ounces, 21 inches long. After having jaundice and a brief stay in the NICU, we got home and began our new life as a tiny family. Two years later I met the man who would become my husband, and our little family grew.

When we’d been together two years, we got two pink lines after a year of TTC and a diagnosis of PCOS, our first pregnancy! We were thrilled! But 8 weeks along we lost our precious miracle, the first of three miscarriages. Then our little girl, Lilly, was stillborn at 22 weeks gestation in August 2013. I almost gave up on the hope of other children all together.

Finally in September 2014 we got two pink lines again. I had a good feeling about this time, I even started having dreams about a baby boy. In December we learned my dreams were right, it was a boy we would be welcoming to our family! We chose the name Alexander, and waited impatiently for the weeks to pass til I was passed that magical 24 week viability – the point at which our son would hopefully be safe even if he arrived early.

The fates smiled on us and Alex arrived full term and healthy! 7 pounds, 2 ounces, 21 inches long, via repeat planned cesarean at 10:15 am on a beautiful May morning. His big brother came right to the hospital that afternoon and held his baby brother, declaring it the best day of his life! The four of us could not have been more in love.

Today Eddie is seven and a half, Alex is seven months old, I’m a month from my 28th birthday, and we are about to move into our first house.

~Age: 27
~Number of pregnancies and births: 6 pregnancies, 3 births – two live, one still, 3 miscarriages.
~The age of your children, or how far postpartum you are: 7 1/2 years and 7 months 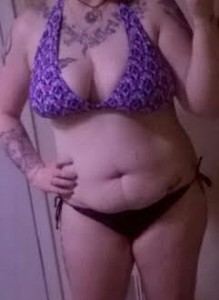 Previous post: In Defense of Selfies (a recap of our first weekly photo. sorta)