Missing my baby boy, and expecting my second (Shannon)

Before I ever had children I was 5’2″ and 105-110 lbs. I got pregnant with my first (Connor) when I was 19. I got stretchmarks everywhere possible! We had no idea that Connor was going to be born with any issues. He was born emergency c-section at 37 weeks. Right when he came out the doctors knew something was wrong. Connor was not breathing well, and he looked “different”. He was taken to the neonatal ICU at Children’s Hospital just hours after birth. He spent a month in the NICU (I was there every day by his side reading to him and holding him). He had to have a trach placed to breath and a g-tube placed to get nutrition. I was lucky to have an amazing fiance (now husband), who was absolutely wonderful with Connor! Connor did well for a while (lots of hospitalizations, but nothing longer than a week at a time), then when he was about 13-14 months he started running fevers all the time. They would get as high as 105.5 and nothing other than IV meds would bring them down. After running countless tests the doctors called them “central fevers”, a neurological problem. Connor was 19 months old when he passed away in his sleep at home. His heart could not handle the fevers any longer. He was and is the most amazing boy I have ever known, and I miss and love him so much. Who would have thought that a baby would be my hero. He was the happiest child I have ever met! He smiled all the time! I will never regret choosing to stay home full time with Connor. I used to say that when I was done having children I would have a tummy tuck…not anymore. I want to keep these stretch marks that my angel baby gave me. I found out I was pregnant again just 3 1/2 months after Connor went to heaven. It was very unplanned, and too soon for me. But my husband and I figure that Connor had us get pregnant with his little brother when he was ready. I am now 31 weeks along, and being followed by high risk pregnancy doctors very closely. As of now, Liam (baby number 2) looks good. I will never have the body that I used to have…but who else can say that they carried a saint? 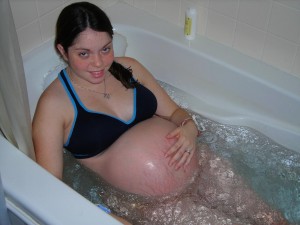 In labor with Connor 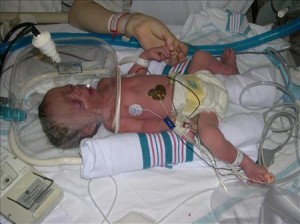 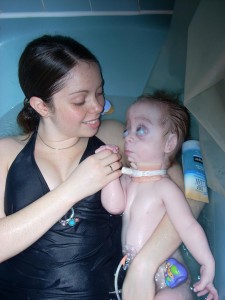 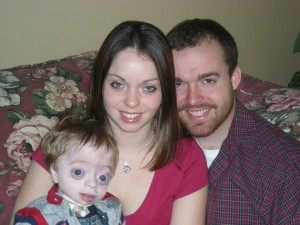 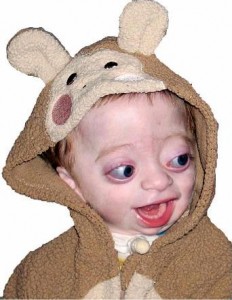 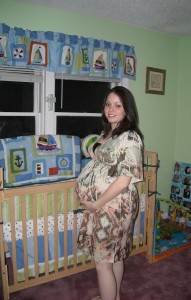 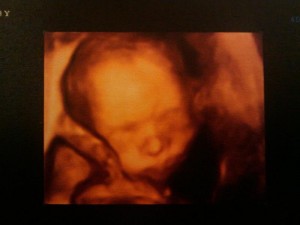