Just Can’t Get Over It (Anonymous)

~Age: 25
~Number of pregnancies and births: 2 pregnancies, 1 birth
~The age of your children, or how far postpartum you are: 4 years

Picture is at 148lbs a couple of months ago! 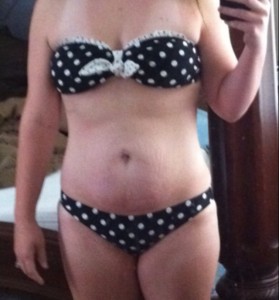 Previous post: A young girl needs your help to save her life.