I am 28 weeks pregnant with my forth child, I never thought I would have a forth child. I met a man a year ago who I really fell for after being alone for 2 and a half years after a bad relationship.I was even going to marry him last September. A few weeks after I found out I was pregnant I called off the wedding. I had a gut feeling something was not right. He was not making sense sometimes and I felt like he was hiding something. I just found out two weeks ago that everything this man had ever told me was a lie. We have had no contact since. I don’t mind raising another child on my own, I have done pretty well with the three I have. I am concerned because this is the second time in a row that I became involved with a bad person. I feel like I should have learned. I am also concerned about my children not having fathers. My first two children were with my ex husband, who is terminally ill. he was diagnosed a year ago with colon cancer, which has since spread to his liver and lungs. It’s one of the scariest things I have ever dealt with, and we are taking it one day at a time. My children starting spending half their time with him this school year, and I miss them terribly when they aren’t here, but I know they want to be with him, and he deserves to see them as much as possible. My 3rd baby’s father was accused of molesting his step daughter from a pervious marriage, and I felt like I had no choice but to ask for supervised visitation, but he stopped going when she was 11 months old so she doesn’t know him. She is now three. I don’t know what is going to happen with the baby I am carrying and her father. He is a pathological liar, his other 2 children are being taken away, he is mentally unstable and I am scared of him.. I am still in shcok and very hurt and confused, but I have three beautiful children to keep me going. I feel very blessed for them.

I love all of my children with all of my heart. I want what is best for them. I feel like I would like to meet a nice man someday, but I have terrible luck in that department, and I am scared to take anymore chances for a long time. I am already very self conscious about my body from carrying 4 babies, and from being psychologically abused by my ex. I feel like I better just stay away from men, and enjoy my kids while they are with me, I know they grow so fast, my oldest is almost 14.

I like photography and I took this photo myself with my cameras self timer. I like this picture, the lighting is flattering and it made me feel a little better about myself. I wanted to share it, I love this site. I have posted 2 times before but the posts have been lost. 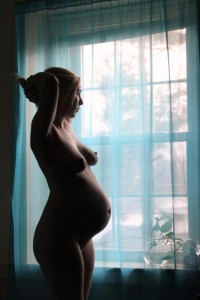 Next post: My bikini days are definitely over! (Stacey)