My last post was at 16 weeks. I’ve been reading the other stories on here and decided to post again. For those who read my last post, I’ve been battling an eating disorder since I was 10; my issue with weight gain has followed me throughout this pregnancy. Specifically, when my doctor says he’d be a “little concerned” if I hadn’t gained any more weight by my 22-wk appointment (scheduled this week), my first thought is “OK, a challenge!”

And I’ve spent the last six weeks doing everything I can to stay at the 163lbs I was at my last appointment. I tried to be healthy while still avoiding any additional weight gain… although I know that sounds like an oxymoron. I weighed myself today and I’m 166 at 5′ 7″ I’m doing my best to have a fit and active pregnancy; I walk every day, try to eat healthy, and very rarely have sugar– I’m still struggling with being okay with an extra pound or two, though. Maybe that extra pound is in my bra now– I went from a small B to a C. Yikes.

To be honest, I think I’d be more okay with the weight gain if I looked more pregnant. I spent too much pre-pregnancy time working my abs though, lol. Interesting point of view, huh? I wonder when I’ll “POP” and start looking obviously pregnant (since next week I enter my sixth month). Right now I still feel like I look thick, not pregnant. Here’s hoping that changes soon! Thanks for the support everyone! 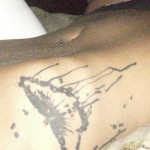 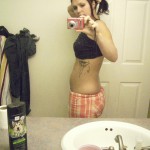 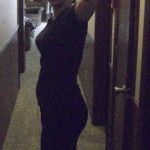 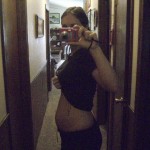