The aftermath of sexual violence + the beginning of healing (Anonymous)

As a young teen, just as my body – to my great excitement – was starting to change, I was gang raped. The excitement of becoming a woman was taken away from me and the relationship I had with my body turned from love to pure hatred. They say that the body is a temple and my temple had been invaded, scorned, hurt and permanently destroyed. I was never fat, but started perceiving my wide hips and full buttocks as being fat and I developed a serious complex. Not even in front of my husband did I feel comfortable and I was convinced that he secretly thought I was unattractive and even disgusting.

When I got pregnant, I started worrying about my weight gain and how my body would change. What if I couldn’t lose the excess weight after giving birth? What if I got stretch marks? What if my husband would never want to make love to me again? I did like my pregnant belly, though, and was able to see the beauty in it. It was the time after the delivery that I was worried about.

Then I gave birth to my beautiful baby boy. A few days later I stood in the shower and looked at my body in the mirror for the first time. My belly was still round as if I were four months pregnant and my whole body looked full and soft and feminine. “It’s beautiful”, I thought to my surprise. The femininity that I had previously regarded as unattractive and “fat” now looked pretty and inviting. For all these years I had disrespected my body, I had consciously hurt myself in order to punish it for having been raped, for simply having been there, for not having been able to escape. Now I was in awe: it had carried my son for nine months, had put up with the strain of being pregnant, it had miraculously given birth to a perfect baby and was now producing the nourishment to sustain him. But it wasn’t just due to the respect that I made peace with my body. I truly find it beautiful. And I finally love being a woman! 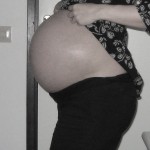 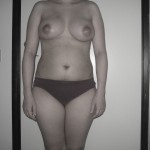 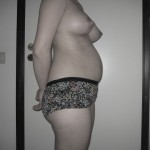 Next post: Happy women are willing to show the truth (Britney)