Trying to get my self confidance back (Mindy)

My son will be 20 months on the 1st of June and 3 days later on the 4th I will turn 22. I love my son more than anything but really wish I didn’t have the body that I have.
I got married when I was 18 to my boyfriend who was in the navy. I got pregnant when I was 19. I didn’t like being pregnant I felt very useless and my husband at the time sure helped me feel that way. He became verbally abusive and mildly physically abusive I wanted to leave but didn’t know how to. I gained about 20lbs by the time I was 40 weeks which I was okay with. I had no stretch marks until I was 33 weeks and they came on like a freight train when he turned upside down. My son was born October 1st, 2007 at 41 weeks and 3 days. I had to be induced but had a natural birth otherwise labored for only 12 hours. Things got better with my husband after the birth and we seemed to be a great little family. Then when my son was 3 months old his dad decided he really could deal very well with “the kid” as he called him and was gone a lot drinking and partying with friends. He’d come home and we’d get into fights. I was so scared for my life so many times I didn’t know how to leave. I was in California and all my family was in Montana. A guy who was friend with both of us had confessed to me that my husband had been cheating on me for almost a year which I had suspected and that he couldn’t keep the secret from me anymore because he thought I deserved so much better because I was beautiful on the inside and outside. I finally got enough self confidence to leave my husband. We have been going through a divorce for a year in a half now. He doesn’t ever call or email to see how our son is doing but keeps fighting for custody through his lawyer. I am willing to let him see his son but he has to take some steps to do that because they don’t even know one another. I feel awful about my body since now I’m pretty much a single mom. My stomach sags and it’s gross I work out all the time but I think the stress makes the belly hang around. I hope that I’ll be able to get rid of it someday because no guy is gonna want to date someone with a stomach like mine at least that is how I feel. I really wish there was a wonder cure for post prego tummy’s lol. I’m thinking that I will just have to eventually embrace my momma body and just pray that some guy will love it to. I really like this web site it’s very comforting to know that there are so many other women feeling the way I am. Thank you all for taking the time to read my story. 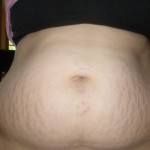 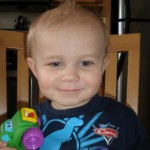