The beauty of my twin shaped body. (Stephanie M)

This was my first pregnancy and I was 19. I had complication after complication. First I ended up in the hospital at 8 weeks because they thought I was miscarrying, only to find out I had been blessed with not one baby, but two! Now before 19, I was a runner and in shape. I couldn’t have asked for a more perfect body if I tried (sorry if that sounds like bragging..), and when I found out I was pregnant, I was terrified. In my mind I was going to be the size of a house with one baby growing in my belly, so what would two do to me?! But then I just started to grow, normally. I didn’t get too big too fast, or so I thought (looking back at the pictures I really did.. haha). But I was so sick throughout the entire pregnancy that because I would step on the scale and have lost weight, I didn’t really notice. As time went by, at around 20 weeks, I started to notice that my normal clothes didn’t fit anymore, but hey – that was normal. Then by 25 weeks, my maternity clothes didn’t fit anymore. By the time I was 30+ weeks, I wasn’t going outside much because I was so big it was hard to move around, so I just stayed in and wore PJ pants and night gowns all the time. My strangest memory was going out at Christmas time, which was 12 weeks before I had my boys, and buying a shirt that was sized 2X, and two weeks later, I didn’t have a hope or prayer that it would fit me. So, skipping the last few weeks until I was 36 weeks pregnant. It was about 2am and I was in the worst pain I have ever felt in my life. I couldn’t move, I couldn’t breathe, I was pretty well not functioning. So off to the hospital we went. After a few hours of testing, I found out that I was severely anemic, and if I didn’t get a blood transfusion right away, I could die during my c-section. (For those of you who don’t know much about anemia, your blood iron levels [hemoglobin] are supposed to be around 140-150, mine was at 68. When you go into a surgery it drops down 20-30 more, and around the 40 mark is where you drop into a coma. Oh yea, super fun hey?) So that was 3 days spent in the hospital, but then I was good, I was ready to go. And I felt great! So two and a half weeks later, on March 16th, 2011 (just 3 days after my 20th birthday), I went in at 6am to be prepped and have my boys. At this point I was still super disappointed I had to do the c-section and didn’t get to do it natural, because I was told I could have gotten back to a workout routine sooner with a natural birth.. but oh well, it had to happen for their safety and hey, I still had breast feeding to help me lose weight! Well, that didn’t work out either.Come to find out that because of my anemia and a few complications with the surgery, I was left unable to breast feed. So there went that idea. But I made it through all of that, and I had two gorgeous little men to show for it. Dominic Gerald Michael Peddle-McLeod born at 8:40am at 6pounds 9ounces, and James Ronald Alexander Peddle-McLeod born at 8:41am at 7pounds 14ounces.

Now, I am 6 1/2 months PP, and still working on getting this body back to normal. Some days are a sad struggle, wishing I was what I used to be, but then I remember what came out of it, and I’m alright again. 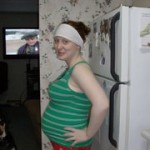 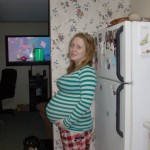 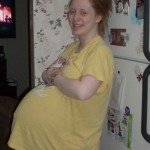 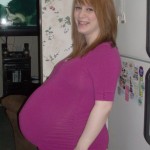 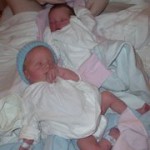 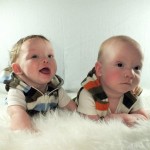 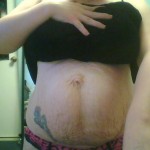 Next post: Sad But Not Giving Up Hope (Anon)