Scars of a Mother are Like No Other (Roz)

i was 16 when i became pregnant with my daughter. i was scared because i wanted to go to college and become a forensic scientist and i knew i would have to set that back for a while to become a mother. gratefully the father was excited. even tho he was apart of my life he made it hell. he stressed me out, we argued so much through out my pregnancy and i never felt so low in my life. i begged him to change and be a family. it came to the point i had to leave him because i was in and out of the hospital in pre-term labor and i ended up giving birth to her 1 month early. eventually he got his act together and changed when he saw his daughter being born and we have been together for 4 years now. .my daughter is now 2 years old and boy she is a little fire cracker. i had such a good pregnacy. i had no sickness at all i didnt start showing until i was 6 monthes pregnant. i had no strethmarks until i was 33 weeks pregnant. i thought at first i didnt have many until i actually gave birth and looked in the mirror. when i looked in the mirror i saw a 17 year old girl who had not finish high school yet with no clue what she was going to do now that her child was out of her womb. i was also scared to end up a statistic. thankfully i finished high school i took a course for cardio vascular ultra sound to make money quicker to put my self through forensic school, and now i am goin to start school for forensic patholegy. dispite all those concerns my biggest one was my body. i danced since i was young and did gymnastic as well as play sports. i always hated my body dispite the fact it was beautiful, but now i had every reason to never want to look in a mirror again. i was so excited about my baby being in my arms i knew then wat the love of a mother truly was and it is something u cannot explain because it goes beyond the word love. i cryed everyday once home from the hospital because of my stretch marks. all the young girls who had children who went to school still stayed with th ere flawless body’s and i thought why me. i hated them for not having stretch marks when there bellys were so big and i had such a tiny belly and i did everything to prevent the marks. i was scared ppl would ask me if i had them because i didnt want to hear negative feedback. i was young and i saw how men talked about women and there body’s and how they like women to be and i was no longer that i thought. now 2 1/2 years later i have learned that it is not the end of the world and i shouldnt care what the world or men think. i have to love me and my body because this body did what no man could ever do and that was create life. there is nothing greater than being a mother and have a part of you walking the earth. i would like to say thank you, because reading your storys have helped me look at my self and say ” ur beautiful”. 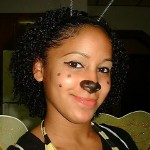 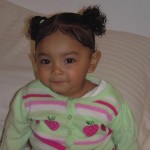 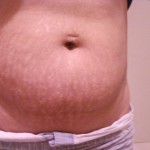