My Journey to Motherhood (Carmel)

These photos were taken by my supportive and amazing husband Nathan. The photos are at 34 weeks, 39 weeks and the day of Arthur’s Birth.

I had a wonderful pregnancy. Even though I am a large woman I felt amazing when I was pregnant. The fact I had a life, our little miracle, growing inside me negated any body issue I previously had.

The Tuesday before I was due to give birth (we were due on the Friday) I had the urge to always wee. I went to the hospital for a check up and was told that it was possibly a urinary tract infection. The next day I lost my plug and saw a stand in OB as mine was on holidays. She said that I was 1cm dilated and not infection was present. She thought I would most probably give birth on Saturday. That night at 4am my waters broke and the realization that those Braxton hicks were actual contractions. My husband was fantastic packing the car and calling the hospital whilst I had one last relaxing shower, brushed my teeth and got dressed. Once there we were informed that I was 4 cm dilated. Things progressed quickly however because my son has so much hair the midwifes, doctors and OB could not get the monitor on his head nor could they feel which way he was facing. At 10am I was fully dilated and started to push. I pushed for over an hour without Arthur descending into the canal. The OB and midwifes strongly suggested an emergency c section. At 12.52pm my son was pulled out via c section. An amazing day! 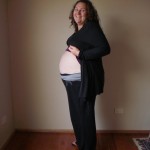 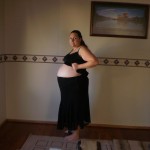 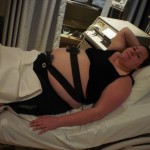 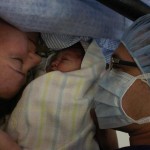 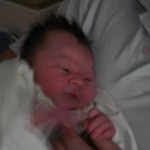