I have been engaged to my fiance for 2 years when we moved out of the dorms and into our first apartment together, less than a month later I was pregnant, about a month later I found out ‘it’ was ‘them.’ I found out I was pregnant with twins at an abortion clinic. I wanted a baby but not at that point in my life, not when I was at the end of my teaching program, not before I was married….NOT NOW…is all I kept saying. When I was laying on the table in the clinic and the lady looked at me and said ‘I detect multiples.’ I cried, for the first time I cried because I knew they were here for a reason. There was no history of twins in my family, I wasn’t doing IVF, and I was only 20! Nothing says that I should have had twins. I felt like it was a miracle.

Anyway, I was happy about my pregnancy and told my parents and family when I was 9 weeks pregnant. We found out at 21 weeks that we were having a boy and a girl! We were super excited. It took forever to figure out their names but we finally chose them: Delilah AnnMarie and Leon Jason Paul and we were thrilled! I was going to school full time while my fiance was working full time.. At 31 weeks along I went to my OB for my appointment and he said ‘you are too complicated for the local hospital, so here are all your records, go find another doctor.’ I didn’t get names to other doctors but it didn’t matter because the next night at midnight while I was getting in the shower my water broke. My fiance drove me to the ER and they sent me by ambulance to a wonderful hospital over an hour away. I stayed there for 5 days while they tested me and tested me. I was borderline gestational diabetic and severe pre-eclampsia. At 9am the doctor said ‘there is no way she is leaving. We’re keeping her here until 34 weeks and then we’re taking the babies.’ At 5pm, the same doctor walked in and said ‘we’re having the babies in the morning.’ I was FREAKING out…to say the least.

My sweet baby girl was born at 8:04am and her little, yet bigger, brother was born 2 minutes later. Delilah weighed 3lb and Leon was 3lb 3oz. I saw them for 2 seconds and then they were ran down the hall to the NICU and they lived there for 48 days. They came home a week before their due date. During that time I was recovering from my c-section. It was brutal!

Concerning my weight and body image: I have never thought I looked good. I hated my body. A week before my twins were born I weighted 299lb…that is my highest weight. I don’t know how much, if anything, that I have lost, but since the beginning of the year I have set the goal for myself to love my body and to get to a healthy weight. I know I have a lot of work to do but I feel so much better since I’ve been eating better. I have been eating little to no junk food, no carbonated drinks, eating whole grains, and low fat, low sugar foods.

Your Age: 21
Number of pregnancies and births: 1 pregnancy and 2 births
The age of your children, or how far postpartum you are: 10 month old twins 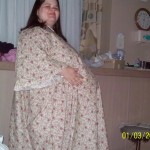 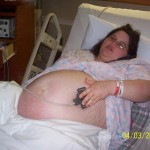 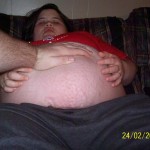 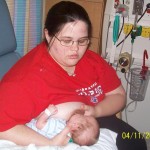 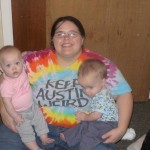