When most little girls were dreaming of marrying prince charming, or planning their weddings and the names of their future children, I had one goal in mind: I wanted to be physically supernatural, beautiful and virtually unbreakable. I didn’t play school or dress-up or house. I pretended I was a cartoon character: Cheetara, from the Thundercats show. Why Cheetara? Because she was everything I wasn’t — thin, muscular, acrobatic and tough. She could fight or escape her enemies, and she had a team of friends to help her.

In the real world, I was alone. A single child to neglectful, selfish parents. A student in a small, rural country school where I was often the only girl among several boys. I was a binge-eater starting at the age of 5 (to self-medicate the pain of my childhood), so I was chubby most of my young years. I hit puberty very young, growing noticeable breasts by 9 and having a mother too out of touch to support me and help me to dress properly. I was simultaneously leered at and ridiculed by everyone — family, adult friends of my parents, peers.

I was ashamed, and despite many great things about myself, the only thing that mattered was my appearance.

It wasn’t until I was pregnant that things changed. Actually, it was when I was giving birth. That was the first time in my life that I remember feeling like my body and my accomplishments were working in harmony, not one despite the other.

I can’t say that feeling has lasted. I alternate between comfortable confidence, detached apathy and gut-wrenching frustration. I still binge-eat. I still am measured by my appearance when around my own family (maybe that’s not the only measure, but it is always a topic of discussion and it stings as much as it always did). I still reject my husband’s very generous and genuine adoration, thinking not that he’s being insincere, but that his standards are too low.

But today I thought I’d be brave. I’m not Cheetara (I tried to be a few years ago when I joined an online community of folks trying to fix their lives through diet and exercise). I am, however, a very kind and open woman who sees beauty in all bodies but my own. So here I am. 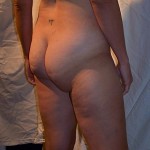 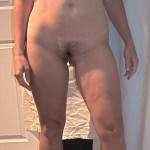