How do you forgive yourself? (Anonymous)

I was 17 when I found out I was pregnant with my first child. More excited then ever, I told the father right away but knew deep down my parents would not be happy so I hid it from them. It wasn’t until one evening that my brother and I had gotten into a confrontation that I was forced to tell my parents. My mother took the news well but my father not so well, he disowned me at the age of 17. I graduated high-school and continued my education, had my son in October :) and he was the highlight of my life. soon after a few year later becoming pregnant again but at that point the father left me. I didn’t think I could do things on my own. Taking care of one child, managing school, and work was hard enough. Having another one I thought would only make it harder. Being a young single mother with no help except what I expected at the age of 20. So I had an terminated the pregnancy. And to this day I regret it. Before I got pregnant with either child I was about 100 lbs. With my son I gained 18 lbs and lost it all right away, with my second by the time I had the abortion I had already gained 15 lbs, and after I fell into post postpartum depression. I now weigh 135 lbs. I dont know if I will ever forgive myself for what I did, I know I was not financially stable but its hard. 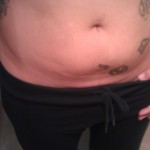 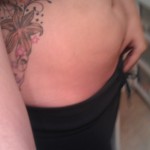 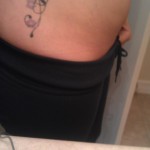 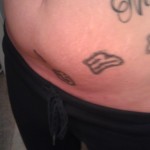