I just wanted to start off by saying that I have a lot of respect for all of the women who have posted on here. All of you have made me realize that I shouldn’t be ashamed of my new motherly body, even if I’m the only 15 year old I know who has a saggy tummy and stretch marks. You’re all beautiful and you should be proud.

My story starts at the age of 14, I thought I was in love with the boy of my dreams and decided to lose my virginity to him. Being a teenager I thought I was invincible. I thought that pregnancy was something that happened to those teenagers who slept around a lot or who aren’t careful when it comes to protection. But I was wrong. Before I got pregnant I was only 115 pounds. By the end of my pregnancy I was 175 pounds and only 5′ 1″. I found out I was pregnant when I was already 20 weeks along. Half of my pregnancy went by and I had had no idea! In that same month I also found out I would be having a little girl and that I had been diagnosed with gestational diabetes. I used a diet controlled method, but it didn’t work. I ended up gaining a whopping 60 pounds by the end of my pregnancy. I have stretch marks on my boobs, stomach, sides, butt, and inner & outer thighs. Everyone had thoroughly convinced me that because I am so young I would not stretch and that I would lose the weight extremely fast. They were wrong.

I went for an ultrasound at 39 weeks and the told me that I would have to be induced the next week so as to prevent the baby from gaining a large amount of weight before I delivered. I was livid. I wanted an all natural, drug-free birth. And then my dreams of that were crushed. About a week later I went back for another ultrasound and they informed me that the baby had gained 3 pounds in just a week! She went from being 6 pounds to 9 pounds in just a week. They told me I would need a c-section because I was too small and the baby was too large. I was devastated. Not only did I not get my all natural birth, I didn’t get a vaginal birth at all. The doctor who told me this was very rude. She basically told me that it was all my fault that I had to have a c-section because I got pregnant at 14 and had an “oops baby”.

On September 3 I went to the hospital where they prepped me and gave me an epidural. My beautiful daughter was born 9 pounds 2 ounces, 20 and a half inches long. When I saw her for the first time I didn’t understand how I could have ever wanted to give her up for adoption. I am now 5 and a half months postpartum and have only lost 32 of my 60 pounds. I used to feel ugly and disgusting. But after finding this site and seeing that there are other women in my same position I have gained a lot more confidence. My daughter is 5 and a half months and is perfectly healthy and I couldn’t ask for a more perfect child.

~Age: 15
~Number of pregnancies and births: 1 pregnancy, 1 birth.
~The age of your children, or how far postpartum you are: 5 and a half months. 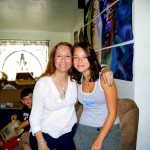 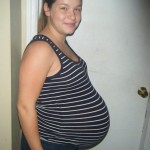 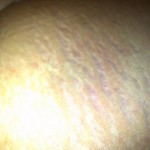 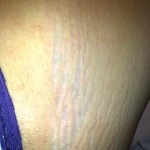 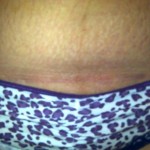 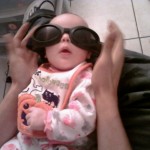