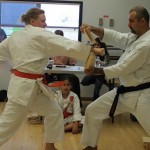 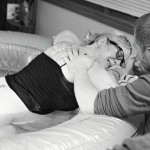 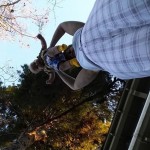 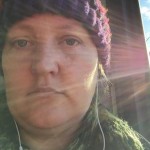 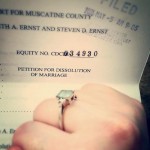 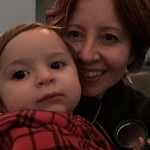 Today my son – my littlest baby, who is about to be eleven – got home from a school camp trip. It was a huge thing for him, because I think this type of thing always is, and because he has some mild special needs so this was a big dose of independence for him. It challenged him in a lot of ways – being away from home, climbing higher than ever before on the ropes course, having to manage his time and emotions largely on his own (within a wonderfully supportive environment, of course). He had a blast. But he came home with some concerns, too, and so we had a talk about bravery and how people think that being brave means that you don’t feel afraid, but in reality you cannot be brave if there isn’t anything to fear. I think that bravery and strength are very closely related. And you cannot have strength without having first felt weakness.

This week, I learned so much from the women who participated in the photo challenge so I’ll let them speak for themselves below. I hope you join us next week! It’s super easy to join in. Read more here.

“Being a parent tests your strength in so many literal and figurative ways. But to have a body capable of creating a human, feeding him, and caring for him… that’s amazing to me every day.” – @sumrtime328

“In those four years I can’t pinpoint a specific moment that I started feeling small, weak, controlled, and eventually, entirely hopeless. It was a gradual erosion of all my best qualities, until I was a shadow of who I had been. The day that I ran, I was terrified. But I found out quickly that I had more strength inside of me than I had ever known.” – @irishgirl1379