I think my body is holding a grudge against me (bcortez)

I love being a woman. I love being a mother. I love being a wife. I don’t love my body. I love me, but I feel like my inner self is cursed with this failed promise of what my body is supposed to be. True maybe I’ve seen too much TV with women’s goal to be thin, but I don’t want to be thin I’ve always wanted to be curvy and sexy, shaped like a sexy adult woman. Biology shapes women as it does for the purpose of survival, carrying pregnancies, nursing babies, and to continue procreation. So all media influences aside, I believe women are able and should be able to have a sexy shape after having children,because nature had to have a way for mothers to have more than one child and not be seen as unsuitible for mating after one birth. I’m not talking about stretch marks or breasts not being as perky or an extra 10 pounds,so I guess I should tell my story.

I have always carried extra fat on my belly, but I could suck it in and look close enough to what I wanted. I still did spend majority of my teen years trying to lose weight and I was overweight by the time I was 18. I developed breasts in 7th grade age 12, by 9th grade I was a c cup. I liked the size but I never felt they were perky I honestly think they grew in saggy, not my biggest gripe because bras work wonders. I wanted to breast feed my children. I felt like 1 positive was I had big breast, 1 negative was they were saggy, to be more precise my areola is big and low my nipples point down I can hold pencils and other things under my breast but if I could just move my areola I wouldn’t feel so bad about it. When my baby was born she was tongue tied and couldn’t latch on, so I pumped for 6 months and no supplements and she did wonderfully. I wanted to have her on breast milk for the first year but around month 5 I kept getting sinus infections and in
my sickness pumped less and was so tired and worn I was producing less milk and I stopped pumping. Interestingly enough I never had any issues stopping pumping never felt engorged or pain. So even though I feel I have the breast of a middle aged woman they feed my daughter so at least they did their job! Hopefully when I have more children I can actually breast feed and go to a year.
I am African American, I have a mixed heritage, I am married to a Latino man and all I want for Christmas is some hips and butt. My husband is awesome and he tells me I’m sexy and doesn’t make me feel bad. Growing up all I wanted was to be able to feel beautiful and wanted and sexy and womanly without feeling ashamed. I had skin rashes and discolorations as a child and I was not overweight but like 10 pounds away for it so I wasn’t comfortable. I felt very ordinary, as a teen I was happy to have breast but I continued to wait for my hips and butt to develop and it never did. I was a size 12 by the end of high school but no real curves. Then during college I found out I have hypothyroidism and pcos, I did concieve naturally without really trying( I was depressed about pcos and the infertility part and stopped taking birth control) I lost 30 pounds and 6 months after being of birth control was pregnant. I weighed 235 when I had my daughter, emergency c
section, very depressed about that. Pumped breast ilk for 6 months no real weightless because milk supply would suffer. Stopped nursing still no change. I did drop 18 pounds a few months ago but I scale has broken and I probley gained some back. Currently I am around 218, size 14. I carry a lot of that fat in my belly none in my butt. My husband and I are ready to add another baby to the family but I still haven’t lost all my pregnancy weight and since I have pcos I probley can’t get pregnant as this weight even though other people bigger than me can, when I was diagnosed I was 215 and my testosterone was too high for ovulation. I feel angry I feel let down I feel like I inherited the worst genes in my family. I didn’t snap back after pregnancy, I nursed for 6 months and didn’t use and stored up fat I carry fat on my belly not hips or butt which is not only unattractive it’s a warning of all sorts of health issues to come. I have fertility issues at 25
and I supposed to be able to raise my daughter to be so much better than me but somehow I have to keep all this anger and unhappiness to myself. I don’t want my daughter to feel like I feel I don’t want her to have my health issues.
I was upset one day and I wrote a letter to myself and it was so sad. In summary the letter said, “why are you so fat, other people have babies and are not fat, why aren’t you pregnant yet other people can be fat and get pregnant , why don’t you love me. ”
I know I am judging myself harshly but I feel like I may never have a yound hot body that youth gives. My mother my sister my grandmother my aunt all were thin and no weight issues till after pregnancies or older age has set in, I have always been on the bigger side but not even with any curves to show for it. I’ve always had to watch what I eat my sister only recently has gained weight in unwanted places.

I don’t drink alcohol much maybe once a month but I’ve never even been drunk I don’t smoke I can be active and am fairly strong but I’m plagued my issues my peers who drink smoke eat whatever that want don’t have I know their actions will catch up to them eventually but what have I done to make my body behave this way . I have no choice but to keep trying but deep down I really think my body really hates me and is stubborn and as no intention of changing . When I did lose 30 pounds I only ate ceral skim milk baked chicken and salad only water to drink. I can’t go that extreme because my toddler and husband have to have other food. Woe is I 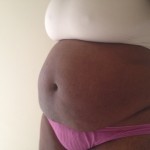 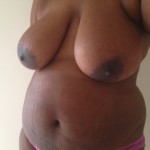 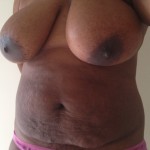 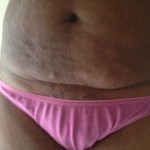 Next post: Trying to get past my body and realize my blessings! (Anonymous)

Previous post: I’m so disappointed in myself. (Not Myself)