Almost 3 years ago I gave birth to my daughter, and my last child. The last 3 years have been nothing short of amazing and wonderful. I have finally began to rediscover myself and learn on a deeper level who I am aside from being a mother.
I began having kids at such a young age that I never really had a chance to find out who I was, so my new journey of self discovery and meaning has been miraculous and very much a beautiful gift. Although there have been many highs, there have also been lows.
Not even 3 months after having our daughter, my husband and I decided he would have a vasectomy. At the time it seemed the best decision and one we were happy and content with. After being blessed with our 2 children, and suffering 1 miscarriage, it seemed appropriate and a good decision. However, in the last 6 months I have come to realize that our decision had been made to hastily and under the wrong conditions. Our daughter, Cairo, was a very difficult baby. I was running on nearly zero sleep and my hormones were going ballistic. My husband was also in the same boat as me. He was currently laid off from work and was spending every minute with me and our children and was suffering just as much emotionally and mentally as I was. So the decision to have a vasectomy, I believe, was made out of fear and at the completely wrong time.
I now feel that all I want is to have another baby, or at least try. I am, however, torn because of my self discovery. I want to go out into the world and find a job, a career, become a member of society in a way I never have been. We have finally got our feet on the ground and have found a groove we work well within. And I know having another baby would not only turn our world upside down, but it would take just as long, if not longer, to find our groove again. And I was told after my daughter that another pregnancy would not be best on my body. Medically I am not the best candidate for multiple pregnancies, which my body has also proven to me aside from all the doctors.
I am unsure where my husband stands on the situation. But he has began talking about how he “doesn’t feel that we are done having kids”. He believes that in time, despite his vasectomy, that I will become pregnant again. I’m not sure if that is his way of voicing his feelings about it, or if he does just truly feel that if it is meant to be, than it will be.
Either way I leave it in God’s hands. I do believe if it should be than it will be.
I love my family, my babies, and the life we have created together. I look forward to our future, and what awaits us. 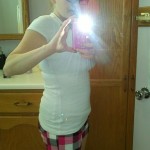 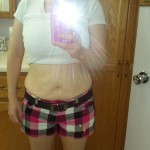 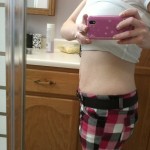