~Age 34
~Number of pregnancies and births: 4 pregnancies, 2 births
~The age of your children, or how far postpartum you are: 4.5 years, 7 months

I thought I was either going to jump out my second story window or smash all the plates in my house. I was just crazy with grief. Imagine finding out you’re pregnant with twins and losing them the same day.

I have a rare condition called incompetent cervix that means the baby is born in the second trimester. Unfortunately that’s way to early to save the baby. I was four months along when I gave birth to a little girl and boy. Immediately after their birth, I went into emergency surgery because I was hemorrhaging through the placenta.

As other people reached out to help me make sense of what happened, I found myself on a journey of self-discovery. Through all the suffering I started to recognize compassion in others regarding problems with pregnancy. It felt like the coolest balm on a hot day.

Instead of jumping out the window, I bought a punching bag. Whenever I got angry about losing the twins, I’d do a few rounds on the bag. I went back to my karate dojo. Four months after my loss, I took part in a karate tournament. Reaching small goals like that kindled a fire that I would one day hold my healthy baby in my arms.

I became pregnant with my son Samuel seven months after losing the twins. I had to get a stitch placed in my cervix to keep the baby in until the ninth month of pregnancy. The operation is called a cerclage. It was hard to go in that operating room knowing it could all end there, but everything turned out fine.

A couple years later I got pregnant by accident and miscarried at the fifth week. I had just earned my Master’s degree. It felt like a rollercoaster not being ready for the pregnancy, then wanting it to continue and grieving for it when it ended.

Three years after Sam’s birth, I became pregnant with my son Levi. The pregnancy started out with twins but the second twin miscarried – it’s called vanishing twin syndrome. I continued to read up on pregnancy and resolved to take charge of the things I could control. My doula, the midwife, the nurse and my husband helped me through a natural birth. I was walking around 20 minutes after Levi’s birth, so that was a victory after all the trouble.

My two sons are healthy and full of spit and vinegar. I love them so much. Even when they make me swear. Through this crazy road to motherhood I’ve learned to fight for the impossible one day at a time.

I’m now seven months postpartum and liking my body. I still have fitness goals I want to reach and some clothes I’d like to fit into, but I think I’m a hot mama. I accept the faded stretch marks, the soft skin on my lower belly, the bigger belly button, the stretchy breasts. I don’t want to look like a teenager all my life.

It usually takes me a year to get back into shape through jogging, aerobics, situps and pushups. I’ve learned to practice kindness toward my body, patience, forgiveness – all the good stuff I’d want from my closest friends.

Also I love food. Since I’m breastfeeding I have quite the appetite. I’m not going to take shortcuts on that delicious carrot cake or sizzling Hawaiian pizza just to be a skinny mini! Sometimes I talk to my belly – “That’s ok if you had to have two sandwiches for lunch. You’re amazing.” 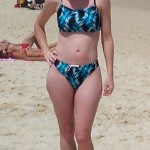 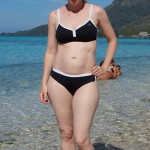 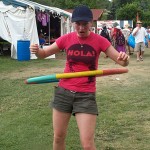 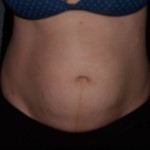 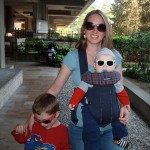 in Before Pregnancy, Belly, Child Loss, Complications in Pregnancy, Mom over 30, Postpartum, Submissions
12 comments… add one

Next post: 27 Weeks Pregnant With My Fourth Baby, My First Son (Apryl)