In 2006 I became pregnant while broken up with my husband, we weren’t married at the time but still seeing each other. At 5 weeks I miscarried and a month later we were married, it was already planned but it devastated me to lose my baby. Eight months later we conceived our son Jacob who turned one today November 1, 2008. I had a tough pregnancy with him and was in the hospital several times for severe dehydration. On Halloween 2007 I went into labor and delivered my son at 9:40am on November 1st, 2007. I am truly blessed to have a healthy baby boy. Attached is a picture after my first miscarriage, also attached are pictures from through out the pregnancy. the last picture is from now, a year later after baby 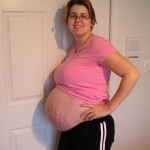 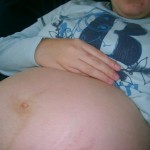 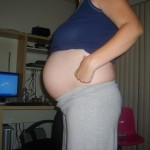 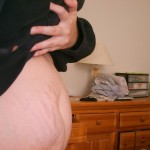 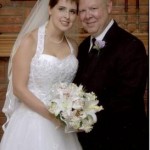