I found myself thinking back as I watched my sick child in deep slumber in the early hours of this morning. I couldn’t remember the life I had before one, then three, then four little lives were following in the footsteps of my own life and experiences. Waking after the little amount of sleep I got that night has brought me to the place I am right now. A million memories running through my heart and my mind. My story is one of emotion, happiness in the birth of my children, the horror, abuse and fear of my past and the excitement and wonder of where my life is going.

I am a mother of an angel and four… well sort of.

I suppose to do this correctly I need to start from the very beginning. I am a young mother. This is Jae’s story. I was almost 17 when I had the flutter of nerves and excitement waiting for that pregnancy test to say yes or no. In my head if it said yes I was already a mother. I come from a good home with loving parents and I was in a stable relationship that I had been in going on 5 years by this stage. So a baby was not something I was scared of, in fact I wanted nothing more. There it was those two little lines ‘Pregnant’. What do I do? Who do I tell first? How will they react? My fiancé… Anger, rage, hurt. 19 weeks in, we’re having a boy. He snaps. He’d hit me before, I should’ve known he’d do it again. Three broken ribs, two black eyes, a broken wrist and My precious Angel Jae watching over me forever more. I still think about him and miss him each and every day. The pain is still as raw as if it were new.

He was sorry, He didn’t mean to hurt me. He wouldn’t leave, I couldn’t escape.

One year later, I’m late. Crying, alone and terrified at the possibility. I was in the dirty bathrooms at the local shopping centre, my hands shaking as I ripped off the wrapper. The next five minutes seemed to last for an eternity. There they were, clear as day… those two little lines, ‘pregnant’. This is Rose’s story. He is furious this time, “Get rid of IT before I do”. 14 weeks, My escape! He’s a cheater as well as a woman beater. The ‘other woman’ probably saved my life. I’m petrified with every strange feeling and my ever expanding belly. He found me. The threats and torment continued from him right through my pregnancy, “I will get you. I will kidnap and kill it rather than pay for it”. The stress bringing on contractions and high blood pressure, but my Rose she is strong and she is safe. She was born by emergency caesarean after complications weighing almost 10pounds. She is a beautiful child living with a disability. She is the reason I ate, slept, moved. She is the reason I survived.

We call my stretch marks “Mummy Marks” and believe you me I have mummy marks all over! And my “Smile” is a little bit wonky but Rose says that it’s the smile God gave me because the one on my face wasn’t big enough to show how much I loved her. My “smile” is My Breasts – the eyes that in her eyes only a mummy has. My stretched and misshapen belly button is the nose, which she loves to tickle and finally my wonky caesarean scar makes my smile. The smile that God gave me in the hands of the surgeon that brought my child safely into the world and is a permanent reminder of the memory that makes me smile and fill to the brim with so much love that the smile on my face just wasn’t enough.

Time kept passing as it always has. I met a man. Could I trust him? Will he hurt me? Will he understand what I’ve been through? Most importantly… Will he accept my child?

He has children too… two of them. A girl, Mary and a boy, Robert. Slowly and cautiously things move forward. He proposes, a carefully planned event with all the children playing a part, at my favourite restaurant in front of a full house of diners. Just like from the start of our relationship he was treating me as if I was the most important thing in the world, as if I were a princess. We move in together and almost immediately there they are again those two little lines ‘Pregnant’ but this time it’s different. It’s exciting and happy and I can share it. What a valentine’s present that news was!

We’re having a boy. 22 weeks in, there’s a car accident, where is the bleeding coming from? Is my baby alright? Phillip’s story. 23 weeks and we are in birth suite being told to get ready. 4cm dilated, Wait – Stop everything! My body and I believe the grace of God stopped everything. We heard the galloping of 10000 horses and we cried together. He’s alright, he’s safe tucked in tight beneath my heart. I stayed in hospital and every day got longer and longer and it was hard to cope. 8 trips to birth suite, drugs… oh the drugs steroids for baby, blood thinners, pain killers, dyes, contrasts, anaesthetics and last but not least epidural and caesarean. We made it! 35 weeks. 5pounds of amazing baby boy in my arms.

It’s funny you know, for as long as I can remember I have always wanted to be a mother. I have always wanted four children. I could never in my wildest imagination describe what it feels like inside when I look at my children. All four of them, because they are mine each and every one of them. I love them. The shape of a mother to me is not only the physical but the emotional. What makes a mother whole – her children. They are a part of her living independently outside of her own body.

I don’t know if this is a story for this site, but it is my story. I am a woman and I am strong. I am a survivor. I am a mother and I live for my children. I’m not ready yet to let my face be seen. There is always fear in the back of my mind and my greatest concern is protecting my daughter from the threats made against her. 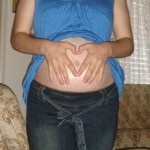 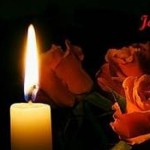 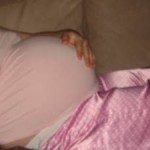 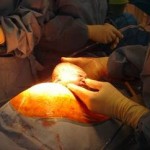 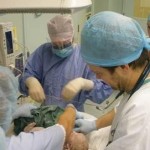