It hurts to look at myself, but not at my son. (Steph)

I was 22 when I had my first and only child. I had a pretty textbook pregnancy besides measuring weeks ahead. Before pregnancy I was at my heaviest – 104kg. I had no hope that I would ever fall pregnant but it happened. My beautiful 10lb son Maximus was born by emergency Cesarean on the 1st of January 2013. Due to his large size I was unable to give birth naturally – My first feeling of failure. I breastfed for three months until it became too much to feed such a big eater. Following the cesarean I had found out that my stitches had ripped open and caused a nasty painful infection – My second feeling of failure. I fell into postnatal depression and the very cry of my son would drive me to the verge of suicide – My third feeling of failure. In the year following I have lost weight – down to 89kg (the lightest I have been since the age of 15) but still cannot bear looking at myself in the mirror let alone anyone else seeing my stomach. Does this feeling ever subside? I dont feel like I will ever be happy until I can afford a tummy tuck. I even work out at the gym and find that I never feel truly satisfied due to my over hang and stretch marks. Its taken a great deal of courage to submit this story but Im hoping this will be my first feeling of overcoming failure. 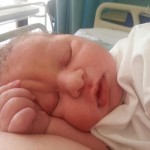 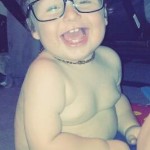 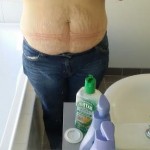 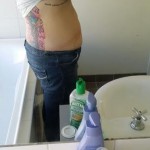 Next post: Beauty in a Mum Tum: Overcoming Fear (Jen)