I found out I was pregnant March 24, 2010. It was a shock for both me and my husband, and I cried when I called to tell him. I wish I could be noble and say that they were tears of joy, but I was shocked, upset, and did not want to be a mother.

I’ve been obsessed with my weight since I was 10 years old. In high school I developed an eating disorder, but my weight remained between 140-150 at 5′ 7″ The lowest I ever got was 135 and you could count all my ribs. I always felt fat, always felt that number on the scale was the only thing that mattered. I carry a LOT of muscle in my legs and have always been pretty thin on top, so it’s hard for me to look healthy when my weight gets too low. I met a man who thought I was beautiful inside and out, grew comfortable with my body and stopped fighting it. Four years later, we went on vacation while I weighed 174, and while I wished I weighed less, I didn’t think I looked entirely undesirable. When my hsuband went out to sea (he’s in the Navy) I went about frantically losing weight, exercising, dieting religiously… when he got back 3 months later I lost 30lbs and settled at 145.

Three months later I had settled at a non-dieting weight of 154… and that’s when I found out I was pregnant. And that positive test result was like a death march in my head: YOU ARE GOING TO BE FAT. And there’d be nothing I could do about it. I’ve been making peace with the idea of gaining weight, it’s not easy. I had to start eating throughout the day when I was used to eating one or two meals and occasionally purging. I’ve been chilling around 163 for the last three weeks. I try to exercise every day– I have leg weights I do lifts with, a treadmill and stationary bike– I want so badly to be fit for my pregnancy so that after the bit I can go back to being the way I was.

My husband’s shipmates tease him by saying I’ll gain like crazy and I’ll be a whale…. to his credit, he sticks up for me and says I’m too devoted to my body to let self go like that and whatever weight I do gain will not make me fat, it’ll make me pregnant. I’ve found that I love hearing him say that. Do I look fat? No, baby, you look pregnant. I could get used to that. I’m grateful that I’ve managed to find a man who has never once used my physical body to put me down. He’s never called me fat, never said anything derogatory toward me.

I do love this site. It makes me feel like I have the courage to face what may happen to my body with a little dignity instead of running from it like a child. I’ll definitely post again when I really start showing… right now the suspect baby bump comes and goes. I don’t want to be stick thin anymore. I’ve made enough peace with my body that I can accept it’s beautiful as it is; I no longer think models like Miranda Kerr and Alesandra Ambrosio are healthy-looking or that their bodies are particularly enviable… I am built like a woman, I could never look like a little boy, it’s not in my genes. I’ve grown to respect and adore models like Lizzie Miller and Crystal Renn, they have the womanly figure and make me aspire to look more like Aphrodite… not Angelina. When I look at their beauty, it gives me confidence that I can stay healthy through this pregnancy and still be beautiful afterwards— even with a few stretch marks and extra pounds. 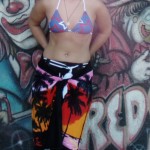 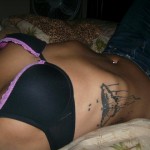 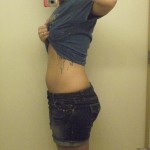 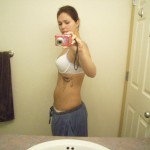