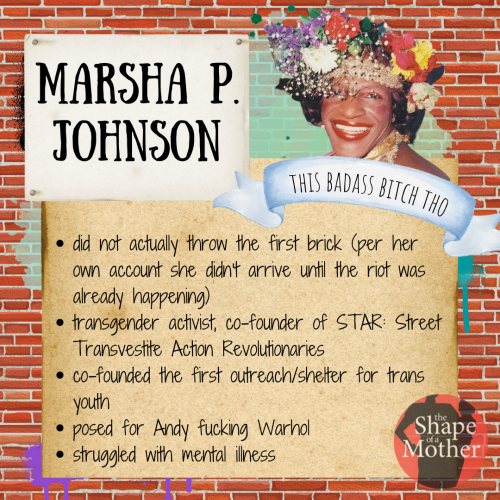 Marsha P. Johnson did not throw the first brick at Stonewall. By her own account, she didn’t arrive until around 2am when, “the place was on fire… [and] the riots had already started.” Most LGBTQIA scholars now think that brick was thrown by a mixed-race, gender-nonconforming lesbian named Stormé DeLaverie (perhaps a future BBFH?). But Marsha was a beloved and important activist for LGBTQIA folx, and trans folx in particular. Read on for more! 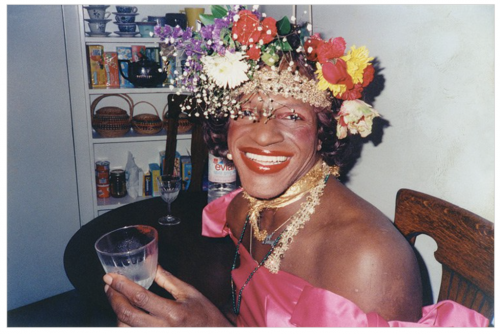 the most iconic picture of this badass bitch

Marsha, born Malcolm Michaels Jr in 1945, immediately upon high school graduation set out from New Jersey to New York City with just a backpack full of clothes and $15. Early on she went by Black Marsha, but that evolved into Marsha P. Johnson – the P stands for pay it no mind!, her general comeback for haters.

Now, some notes on what the world for trans folx was like back in the 60’s: first of all, there weren’t jobs for trans people. There was very little room for gender nonconforming folx in mainstream society at the time. Much like today, many trans women would wind up working as prostitutes and/or homeless. Marsha spent time as both, and may have died because of it. But we’ll get to that in a minute.

The other thing you need to know about this era in Queer history is that “transgender” did not exist in the same was we understand the term today. Marsha was always referred to with female pronouns and always went by her female name, but she identified as a drag queen or a transvestite. Usually she wore dresses and flowers in her hair, but sometimes she’d dress in men’s clothes, too. 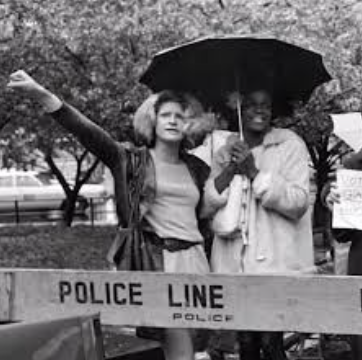 I want to also mention Sylvia Rivera here because she and Marsha were partners in activism for decades, but I don’t hear nearly as much about Sylvia (or Stormé) as Marsha and all of these women were iconic. All the work Marsha did was done alongside Sylvia, and Marsha would sometimes humbly claim that Sylvia did all the work.

Which brings me to the fact that Marsha was BE. LOV. ED. I watched a few documentaries on her and nobody ever had anything bad to say about her. Instead the told tales about how she’d collect money only to turn around and give it away. If someone complimented her scarf, she’d give it to them. When Sylvia Rivera came to New York as a young teen, Marsha took her in and kept her safe and gave her love for the first time in her life. This is, I think, the basis of all her activism and work in the world. 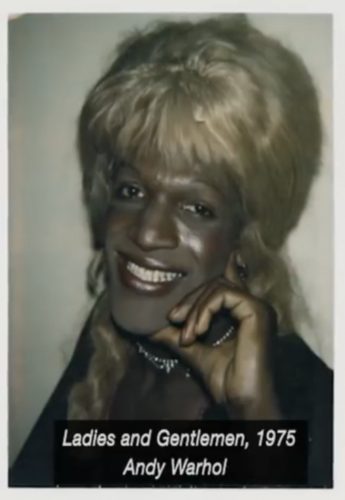 So, no, she didn’t throw that first brick at Stonewall, but she was there. In the wake of the riots, she and Sylvia formed Street Transvestite Action Revolutionaries, or STAR, for short.

Cause see, there’s one more thing about the LGBTQIA community in that era that you need to know: there was no place for trans people in the movement. Historically, social justice movements in the US have made a clear point to exclude those on the far edges of their communities. The second wave feminist movement famously called lesbians “the lavender menace” (and this is why I cannot understand TERFs. ffs didn’t we already learn this lesson?). 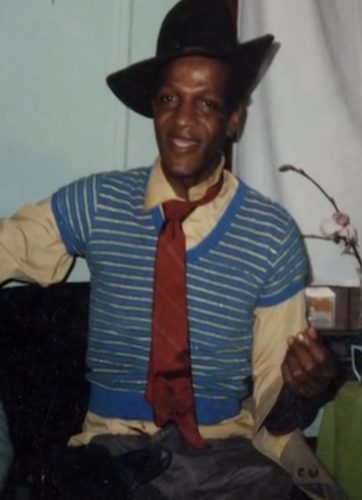 Marsha dressed as a man sometimes

So Marsha and Sylvia stepped the fuck up and created not only STAR, but also the first transgender outreach and shelter for trans kids and adults. I mean, throwing the first brick is pretty cool, but THIS IS FUCKING BADASS!

In 1992, Marsha died. She was found facedown in the river, just days before Pride, and days after her final interview. Originally the police ruled it a suicide and brushed their hands off and walked away (again, much like when Black transwomen are murdered today). The community would not stop fighting for justice, however, and eventually got the death ruled suspicious, although they still have not solved the mystery. Marsha did have a history of hallucinations, so it is possible she died accidentally. But there are some clues that may suggest it was a customer, furious at the idea that she was not a ciswoman. There are interviews where Marsha is sharing that it’s a fear of hers, that she tries to be very clear about it from the beginning, but that men would often get angry at her anyway. It was – and continues to be – dangerous to be a Black transwoman.

I particularly wanted to get this up today, on Juneteenth, during Pride month, when riots are currently trying to burn our nation into what it should have been from the start. 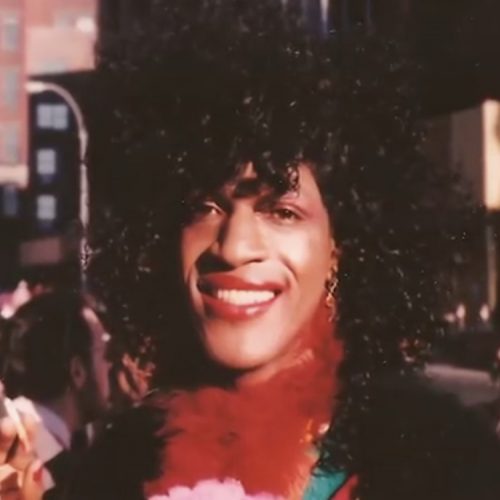