On Facebook and their community standards – Trigger Warning, y’all 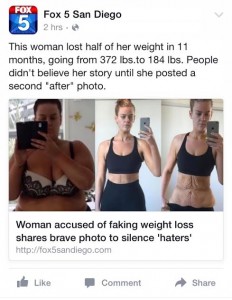 So this woman has been the subject of controversy. Internet commenters (a.k.a. assholes) have accused her of lying, so she bared her stomach for all and showed the world the extra skin she has left from the weight she lost.

I applaud the fact that she had a desire, set a goal, acted on it, and was brave enough to stand up to bullies by exposing herself even further to internet trolls. Thank you, Simone. (Although I feel like I have to add that I don’t condone that rate of weight loss. I am NOT debating or questioning her actions – I don’t know her health history – I AM saying that it is an extreme action that should not be taken without careful consideration and medical attention.) She is an inspiration to women in that she is fighting back against body judgers in the most intimate way, just like we do here at SOAM. <3 But I'm not even really here to write about her. I'm here to write about Facebook's community standards. You know how they're always banning pictures of nursing moms but are totes okay with sexy bikini pics? So today I broke my cardinal rule of Never Reading Internet Comments (except the ones here, of course because you guys are amazing and supportive) and I came across this one: 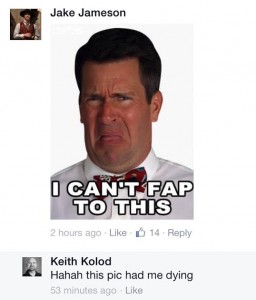 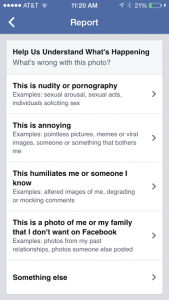 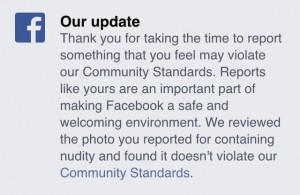 I don’t know what the best way to address this is. Do you think this should fall under Facebook’s current community standards, or do you think they should be adjusted to protect women from this kind of thing?

Either way, do me a favor and click here and report this picture, okay? And the other picture(s) like it in that thread. DO NOT comment on them because god knows we should never feed the internet trolls. But let’s stand together and let Facebook know this isn’t okay.