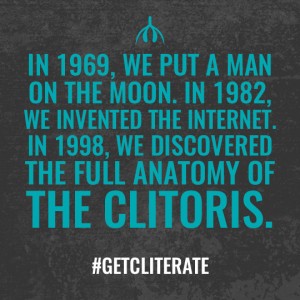 Or ladies. OR BOTH!

The Huffington Post has this AMAZING piece on the clitoris complete with the history of our knowledge of it, the anatomy of it, and the political aspect of it. Like. Seriously. You need to read this. And then you need to tell all your friends to read this.

Last night I went to see the Kids in the Hall perform live here in town and Dave Foley did a monologue that began with a statement about the assumption that weight loss is always a good thing (”I’ve just lost 25 pounds. *waits for applause to die down* Could be cancer!”) and ended with him describing a literal river of menstrual blood because he’s “a guy who’s comfortable with menstruation” and if he wasn’t already my hero, HE IS NOW. 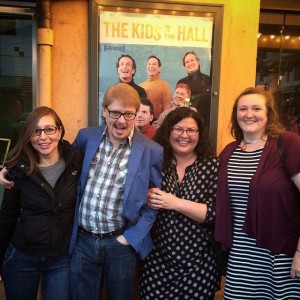 Also he was very polite when my friend saw him walking in front of the theatre before the show and grabbed him and spun him around to be in a picture with him. HERO.

I’m writing that bit partly because I’m still high from the evening, but also because GUYS SHOULD BE COOL WITH MENSTRUATION AND ALSO CLITS. And, honestly, so should most women.

So go read this and pass it on. BECOME CLITERATE!

in Activism, Anatomy, My Own Ramblings, News