Five Fictional Girls Who Made Me Who I Am

Truly excellent female role models for young girls (or, you know, young humans) are not the priority for most storytellers in our culture. That doesn’t mean we have nobody. Generations of kids grew up with Anne Shirley of Green Gables or perhaps Meg Murray of A Wrinkle in Time. And of course I spent many years obsessively reading/playing/thinking about The Baby-Sitters Club which has several strong, capable, and complicated young women (have you seen the new Netflix reboot? It is *perfection*).

Growing up in the 1980s and 1990s I benefitted directly and massively from the second wave feminists. We don’t think about it as much as we should but less then a decade before I was born, women could not get credit cards on their own – they needed a husband to have credit. This among many other seemingly mundane little details that have shaped my life and yours.

But I also had all these incredible fictional role models to learn from and they shaped me at least as much as the feminists (and suffragists!) who paved the road for our real world rights. Fictional girls taught me that girls can do anything, that we can be leaders, that we are smart and funny and interesting just as we are. Fictional girls taught me that girls are equal to boys.

Since we are already familiar with many of the more well-known characters such as the aforementioned Meg and Anne, I wanted to go a little bit into some of the badass fictional characters you may have forgotten, or never met. 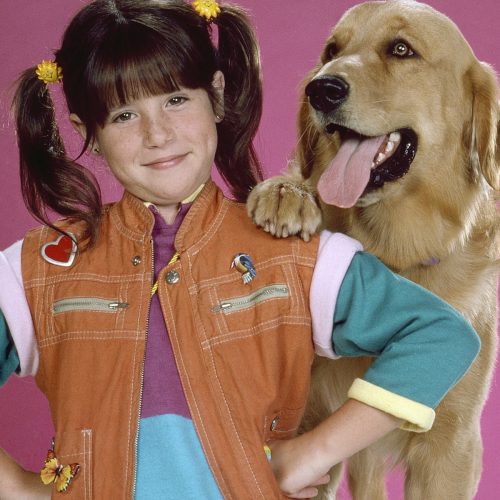 Okay. Punky Brewster is maybe not what one would call “obscure” so much. Although in my defense, when I graduated from university only a few years ago, none of my classmates had ever heard of her. I mean, that’s sort of what happens when you graduate college at 40 years old. I also got to regale them with tales of laserdiscs and typewriters. It was pretty great.

Also in my defense, I actually wrote a paper on Punky Brewster in university in 2018 (during which time I rewatched the series on YouTube). It was for my literature class on Stranger Things. College is amazing you guys.

Punky Brewster was maybe one of my first autistic special interests. I loved that show so much. I actually have a quite tragic story about having adult sized feet and not being able to find Punky shoes because nobody makes cool shoes for grownups. To this day I want those shoes. But in a size 10 now instead of 6 please.

So this girl taught me Punky Power. Punky Power is like Girl Power but maybe more individualized. All girls have Girl Power, but only Punky had Punky Power and only I had Bonnie Power.

Punky was a misfit right down to her mismatched socks, but she used that to her advantage. She’d approach any situation in the Punkiest way possible because she inherently knew that nobody but her could figure things out in the unique way that she could. This is something we should all work to internalize. You bring something unique to the world, to every thing you do. That is powerful magic.

If you are interested in rewatching the show yourself, I will give a general TW/CW for fat phobia. Frankly, I cannot think of a single 80’s show in which fatness wasn’t stigmatized. Seriously. It’s gross. Punky is part of that. And there are some other archaic things I’d noticed as well, but setting those aside, overall the show holds up as a feminist sitcom. 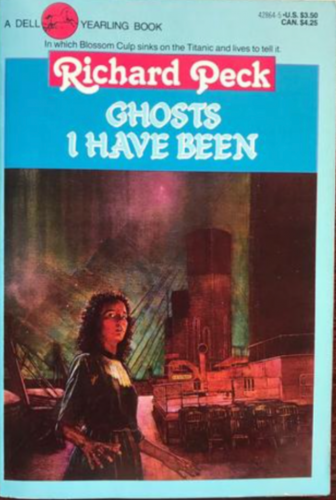 Blossom Culp was the protagonist in several of Richard Peck’s novels. I originally “met” her in this book, Ghosts I Have Been, in which she has a psychic experience of being on the Titanic and becomes a minor celebrity. Blossom is a teenager around 1915 and lives in extreme poverty with an abusive mother. But the book doesn’t dwell on any of that; for whatever that’s worth, it’s glossed over and frankly I was only vaguely aware of it as a kid (in fairness, I am an unusually unobservant human).

ANYWAY. Blossom is smart, sarcastic, clever, and kind. She’s not flowery or delicate, having no money or training in any of that. But she always has a plan to enact justice on her terms, from dressing as a ghost to spook teen boys out tipping outhouses on Halloween, to publicly humiliating a scam artist. She is not sugary sweet but she is always there helping out the downtrodden, whether or not they are alive. (Helps to be psychic when doing social work, I guess!)

I’m actually finishing up a reread of this book right now – which is why this topic is on my mind, I think. Looking back, I can see that Blossom taught me to find the humor even in darkness and to afflict the comfortable while comforting the “afflicted.” In a way, Blossom taught me the core of my social justice work.

The book holds up and is just as delightful today as it was when I first read it 30 years ago. (Stop saying “thirty years ago.”) 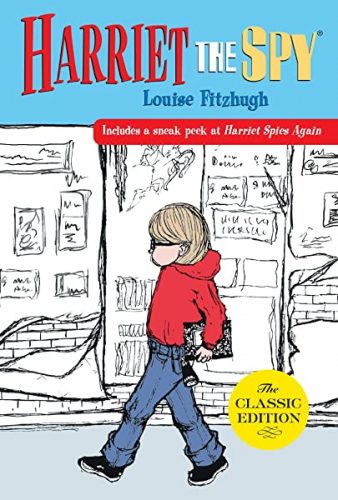 Okay and you’ve probably heard of Harriet M. Welsch, but I still think she’s overlooked too often among lists of Anne Shirleys and Jo Marches. I love her because she’s messy. She’s an angry and stubborn little ball of curiosity and she learns some really hard lessons through the book. She’s the kid in class that you wouldn’t have liked very much and yet the character is beloved and adored (maybe especially by those of us who were also disliked in our classes?). But she has a big heart underneath all her misdirected fire and she learns and grows from the pain she’s inflicted on those around her.

Harriet taught me persistence; she taught me that it’s okay to be messy or fiery. She also taught me that my messiness could affect those around me if I am not careful (this is a lesson I am still learning. daily). 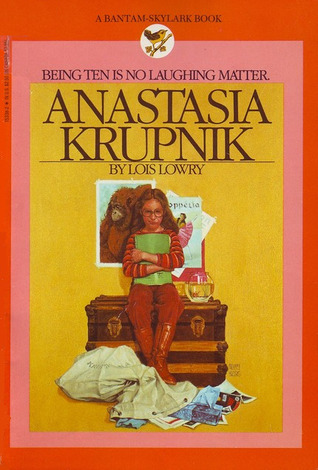 Anastasia Krupnik was one of my very favorite fictional friends. She was a quirky and intelligent teen with a hunger for life. She spoke of having a crush on her female teacher before anyone ever talked about girl crushes. She went through a phase where she wore a black turtleneck and wrote poetry. She’d carefully place a hair across her journal to test that her parents weren’t sneaking looks (her parents were maybe one of my parenting role models, too, because they’d never dream of invading her privacy). Honestly, her whole family was quirky and warm and I wanted to move in with them. The lessons learned in the book were always full of love and were nearly always approached from an unexpected angle – they were very much an attachment parenting family before the terminology.

Anastasia taught me that quirkiness can be a gift and a talent. That problems can be solved through love and reason. That fitting in boxes isn’t necessary because YOU are already perfect in your uniqueness. 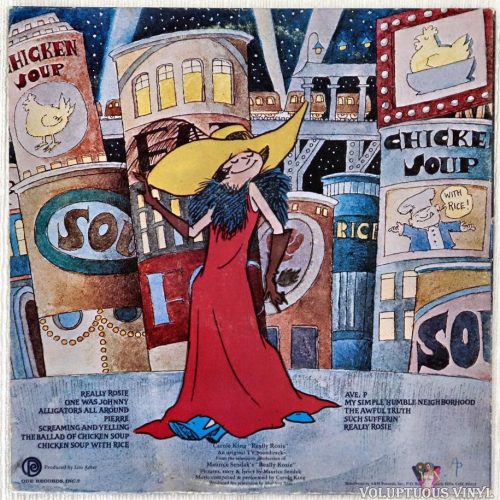 Really Rosie was probably my very first autistic special interest. I made my grandma take me to the library to check out the record (hello, I am old, from the days when you could check out vinyl from the library) and the script. I read it so much, they eventually found me my own version. This show is one that very few people I’ve met know of, but it’s a collaboration between Maurice Sendak and Carole King so I hope you are asking yourself right now why you’ve missed out on this incredible story and music all these years. If you are familiar with it, chances are it’s through either the song “Pierre” or “Chicken Soup with Rice.”

The premise is that of a bunch of neighborhood kids in New York City look up to Rosie to keep them entertained. She’s wildly theatrical and organizes the neighborhood daily into play or song, making her friends do as she wishes whether they want to or not (they usually want to). She’s a leader and an artist. She gets frustrated when her vision is hard to achieve or her friends aren’t into it at the same level she is. She’s a kid driven to direct and star, to follow her biggest dreams. She cannot be deterred, she will always find a solution to get her back on track. She’s charismatic – even when the other kids get tired of her direction, they still enjoy her and recognize she’s the center of their imaginative lives. Rosie is the source of joy and love and fire in their neighborhood.

Every single one of these characters helped shape me. As I’ve revisited them over the years, I can see direct lessons I took from them, that I incorporated into my life. I took these characters into my mind and soul, and shaped myself into someone full of fire and determination and spiritedness and messiness and wild love. At least as much as the women in my life, these girls were role models in which I recognized myself and saw who I could become.

Who did I leave off this list? What are your favorite femme heroes? Share in the comments below!

in My Own Ramblings
0 comments… add one